Dear Reader By Russ Colchamiro – I Write Some Wacky Novels. Or Do I?

This guest post originally appeared on The Writer’s Life eMagazine 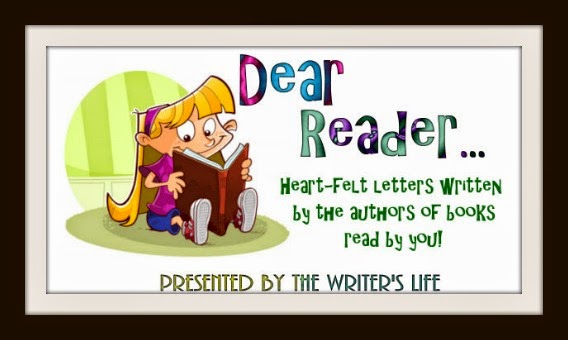 The Writer’s Life newest feature, Dear Reader, gives authors a chance to talk to their readers – YOU!

I write some wacky novels. And yet they are also not so wacky.

My first book, Finders Keepers, is loosely based on a series of backpacking trips I took through Europe and New Zealand, set against a quest for a jar that contains the Universe’s DNA. ThinkAmerican Pie meets Hitchhiker’s Guide to the Galaxy.

It’s a scifi backpacking comedy that falls under the category of what I like to call ‘Cosmic Lunacy’.

So when people ask me what my book is about, and I give them the explanation, I pretty much get only one of two responses. The first — my favorite — is this one: “Wow! That’s so crazy! How do you come up with this stuff? I gotta read that. Sounds awesome!”

And then I secretly (or not so secretly) bask in the glow of the compliment.

Yet the second response is juuust a bit different. Which is to say that I am on the receiving end of a blank, stern, judgmental stare — and utter silence.

So let me ask: Are you, dear reader, the sort of folk who insists upon rigid, predictable storylines that don’t dare venture in the world of wacky? Or, like yours truly, do you like to have loads of fun?

Because if you are fans of authors such as Douglas Adams, Terry Pratchett, Tom Robbins, and Christopher Moore, or movies and TV shows such as Harold & Kumar, Bill & Ted, Hot Tub Time Machine, Time Bandits, Groundhog Day, Scott Pilgrim vs. the World, Quantum Leap, Northern Exposure, and Third Rock from the Sun, you might want to check out Finders Keepers, and my latest novel, Genius de Milo.

Genius de Milo is the second book in the Finders Keepers trilogy, where our bumbling 20-something backpacking heroes Jason Medley and Theo Barnes are once again tasked with retrieving a radioactive jar filled with the Universe’s DNA … before it wipes out the galaxy.

Also, since we’re sharing … well, technically, I’m sharing … even though my novels have that authentic you-are-there, on-the-ground feel to them, I kinda, sorta … fabricated all of the backpacking and Earth-bound travel scenes. Yep. I made them up.

But all of the scifi shenanigans are totally real and based on my personal intergalactic experiences.

Because it turns out — shhhhh, don’t tell anyone — I’m actually a fugitive from another dimension and the intergalactic agency in charge of such matters is hot on my trail, looking to drag me back to where I’ll face my day of reckoning.

Can’t say I’m ever looking forward to that.

Anyhoozle … while I’m still on Earth and up to no good, I like to write about the big questions we ask tend to ourselves: What does it all mean? Where do we come from? Is this all a dream? Is life random or is there some grand design?

And then I juxtapose those themes with the smaller, day-to-day questions we all face: How do I feel about my personal relationships? When is the plumber getting here? Is my Internet service working? Can I get the girl? Will my career ever amount to anything? Can I pay my rent? When are we going to see the new Star Wars movie?

There’s so much more I could tell you about what I get up to, but … I’ll leave that for my novels. Because if this letter gives you any indication as to the type of author I am, then you know you’ll be in for one heckuva ride.

Yours truly along the space time continuum …