Available in print and e-book here. Buy your copy today!

The second book in the Finders Keepers trilogy has arrived! 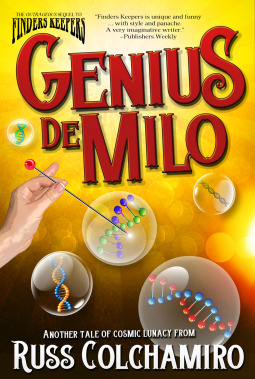 Best pals Jason Medley and Theo Barnes barely survived a backpacking trip through Europe and New Zealand that — thanks to a jar of Cosmic Building Material they found — almost wiped out the galaxy. But just as they envisioned a future without more cosmic lunacy …

The Earth has started fluxing in and out of Existence, Theo’s twin girls are teleporting, and Jason can’t tell which version of his life is real — all because of Milo.

Joined by the mysterious Jamie — a down-and-out hotel clerk from Eternity — Jason and Theo reunite on a frantic, cross-country chase across America, praying they can retrieve that radioactive jar, circumvent Milo, and save the Earth from irreversible disaster.

In author Russ Colchamiro’s uproarious sequel to Finders Keepers, he finally confirms what we’ve long suspected, but were afraid to ask … that there’s just no de Milo quite like a Genius de Milo. 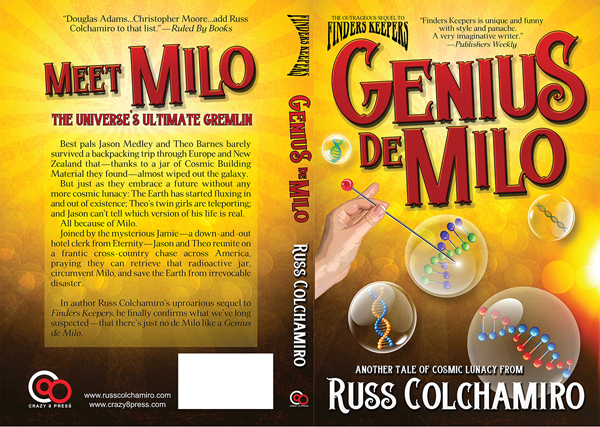