Howdy! My name is Russ Colchamiro.

I’m an author. I write stuff.

Mostly … I write science fiction and fantasy, with heaps of humor, mystery, and adventure mixed in. I’ve written multiple novels, and contributed to various anthologies, all of which you can find by noodling around on this site here, or checking out my pages on Amazon, Goodreads, Facebook, and Twitter.

I’m married, with twin ninjas, who, in ninja-like fashion, keep me on my toes (if not stomping on them).

I’m also a baseball junkie, so following the ‘back of the baseball card’ model, here’s a bit more: 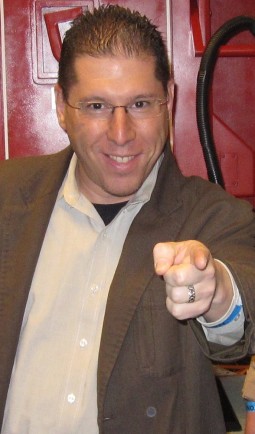 Keeping with a formatted theme, I’ll continue with a Q&A, mostly because I’ve been interviewed several times about this topic, I don’t feel like re-inventing the wheel! 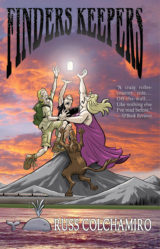 Q: When did you start writing?

A: I wrote a King Arthur short story in the 3rd grade. It was pretty bad. Years later, in high school, I wrote a trilogy, which serves as the backbone of my second novel, Crossline. But I got serious about writing in my late 20s and went full throttle on novels starting in my 30s. My first novel, Finders Keepers, and the sequel, Genius de Milo, are both available, and getting excellent reviews. I’ve finalized the third book in the series, which is due out early 2017.

Q: Why did you start writing?

A: It fuels me. I’m different without it. Writing for me isn’t a hobby. It’s an integral element of how I live. It’s in my DNA. 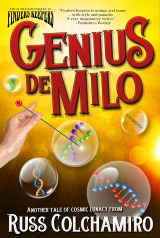 Q: What is your favorite subject to write?

These days I’ve been writing comedic science fiction romps. And it’s not because it has to be science fiction, per se. It’s that for a long time I was experimenting with sparse, slice-of-life short stories, and I felt really confined with that style. I discovered through pure trial and error that I prefer the room to go big and broad where I can juxtapose very intimate, comedic, character-driven journeys, where we can really bond with the characters, which are challenged physically, spiritually, emotionally and
psychologically.

I then set those character journeys against a humongous, galactic undertaking where I like to mess with the space/time continuum. It allows me to shine a light on the smaller struggles of every day life by bouncing them off the meaning of the cosmos!

Plus I throw in some philosophy, mythology and religion just to spice things up.

Q: What inspires you to write?

A: Trying to make sense out of living day-to-day, while finding my place in the Universe. Plus being a dad—I have 1-year-old twins (Nate and Abby)—has totally changed how I make decisions both large and small. It’s a trip. I love it. 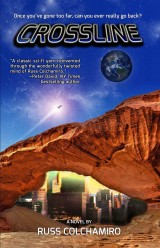 Q: What do you like the most about writing?

A: Those incredible moments when magic seems to happen. When I’m really on a roll, it’s like I’m not doing the writing. My fingers are clacking the keys, but I’m just the conduit, channeling these ideas and characters that seem to funnel from the ether. It’s like being in a trance. I just “go” and when I “wake up,” sometimes there’s some pretty awesome stuff on the page.

Don’t get me wrong, I do a ton of research, planning and revisions, so I don’t just “wing it.” But all the prep allows my creative side to take over. 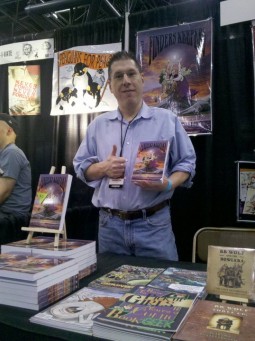 Q: Do you have a publisher?

A: Most of my titles are published through Crazy 8 Press (www.crazy8press.com).

Q: Do you have a literary agent?

Q: What is your next step?

A: I’m actively promoting the third and final book in the Finders Keepers series through a multi-media campaign, and doing signings and conventions. An an e-book is due literally any day now. I’m also working on my next project, which is double secret probation hush-hush for now. So sshhhhhhh……