I’ll be manning my table throughout, selling and signing books, and mixing up with new and returning fans, and sharing a table with my partner in crime and fellow Crazy 8 Press author Aaron Rosenberg.

If you want to come hear me speak, here’s my panel schedule for the weekend, all on Sunday:

Every character does not have an idyllic past, nor is their journey through a story always smooth. How do you decide which of the wide range of awful things happen to your character, and how to treat traumatic events appropriately but not water down the impact of the events on your characters and story

How to use a blog tour to generate publicity for your upcoming release.

This weekend — Friday, August 1 – 3 — I’ll be down in Hunt Valley, MD for Shore Leave, a fan-run science fiction that is loads of fun — with Spock himself Leonard Nimoy as one of the big name guests.

I’ll also be there with my  Crazy 8 Press partners in crime, and where we’re debuting our new fantasy anthology, Tales of the Crimson Keep. 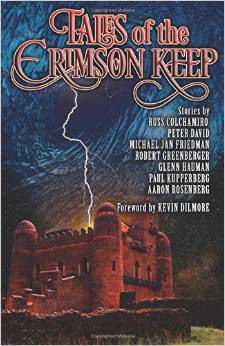 I’ll be there meeting fans, signing books, and turns out I’ll be talking on a LOT of panels.

Here’ my schedule, if want to say howdy:

Filed under Books, Conventions, General, In the Writer's Chair, Rants
Tagged with

Hey folks … I’ll be attending the Twisted World Villains and Vixens con Friday – Sunday in Philly. In addition to sharing a table with Sawney Hatton, selling books, and doing signings, I’ll be doing a reading and speaking on panels. Here’s my schedule:

Filed under Books, Conventions, General, In the Writer's Chair
Tagged with

Howdy folks. I will be appearing at the Twisted World Villains & Vixens convention in Philadelphia the weekend of March 28-30, and will be sharing a table with author Sawney Hatton. So we figured it was an opportune time to check in and see what that crazy sonuva gun is up to:

Q: So… Sawney Hatton–if that’s your real name–you’ve primarily been a screenwriter for the last decade. What motivated you to write your first novel, DEAD SIZE? 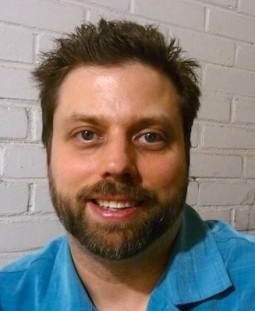 SH: At the height of my obscurity working as a screenwriter in Los Angeles (credited under my other real name, which, frankly, is also suspect), I penned several spec scripts that went unproduced. Of these, DEAD SIZE was an original story I had been quite fond of. When I decided to take the plunge into novel writing (me being a ravenous reader of novels), I selected the script to be the blueprint for my debut opus, as it features all the elements I love most in a narrative: dark comedy, mystery, horror, fantastical creatures, artistic pretensions, and weird sex.

Q: Given your switch in mediums, what was the biggest challenge for you as a writer to pen a novel… other than your obvious talent impairment?

SH: A screenplay is pretty much bare-bones storytelling–you’re concerned with plot structure, action descriptions, character development, and dialogue. But a screenplay doesn’t read like a novel. It doesn’t have the same breadth of detail, the same immersive emotional impact. When writing a novel, you’re putting flesh and blood and guts and hair onto the bones of a story. You can say so much more in a novel, and for me that’s what makes writing one so challenging. You have to determine how much is too much, how little is not enough. You have to figure out what makes your story flow best. Every word–or omission of them–counts. 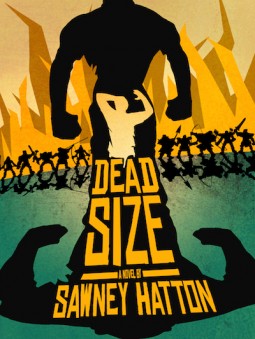 Q: We see that you’re sharing a table at the Twisted World Villains & Vixens convention in Philadelphia the weekend of March 28-30 with author Russ Colchamiro, he of FINDERS KEEPERS and CROSSLINE fame. Why would you even consider pairing up with such a devious bastard, much less do it?

SH: He paid me, up front, in champagne wishes and caviar dreams.

Q: We understand the two of you collaborated years ago on a short film that won some kind of twerky award for Best Movie or something equally meaningless. How did you two boneheads pull that off? I mean… seriously?

A: It is true Russ and I teamed up to produce a Twilight Zone-inspired video short called “Light Chasm” that went on to garner major acclaim at some performing arts high school in New Hampshire, I think. The work beat out 3, maybe 4 other submissions. We pulled it off the old-fashioned way: we used free equipment and paid nobody. We did have our creative differences; namely, Russ couldn’t act and I couldn’t direct. It was obviously a winning combination.

Q: Last question (two parts): Why on Earth should anyone spend their time and money on anything you’ve written? And, especially, what sort of serious mental or emotional problems would motivate someone to actually stop by your table and say hello at Twisted World?

SH: People should spend their time and money on my work because I am really tight with Ammit, the Egyptian devourer of souls. You snub my books, your soul is screwed for eternity. I’m not playing here, people.

I encourage all those with any serious mental and/or emotional problems to stop by my table and enlist. I am building an army of the imbalanced, which I expect will be advantageous when I declare war on ourselves.

About the Author: Sawney Hatton

Sawney Hatton is an author, an arsehole, and famed hunter of the Giant Beaver. Other incarnations of Sawney have written screenplays, produced corporate videos, and played the banjo and sousaphone (not at the same time). He laughs at death, which has made for some very awkward funeral services.

You can follow Sawney Hatton on Twitter, Facebook, and Goodreads. His debut novel, DEAD SIZE, is available online most everywhere in eBook and paperback. His short collection of short fiction, WHITE SPACE & OTHER STORIES, can be found exclusively on Amazon (eBook only). Visit his website at www.sawneyhatton.com

Filed under Books, Conventions, General, In the Writer's Chair
Tagged with

If you’re planning to be in the Baltimore area next weekend — February 14-16 — you can find me there at the annual Farpoint science fiction convention. I’ll be mixing and mingling all weekend, signing copies of Finders Keepers and Crossline.

And — if you fancy such an endeavor — you can come hear me chat about writing and such on the following panels:

Hope to see you there!

Filed under Conventions, General, In the Writer's Chair
Tagged with

Sorry I’m a little late on this one, but I’m still catching my breath after the NY Comic-Con.

I was there on Thursday of the 4-day event, but I got more than my money’s worth. Comic-Con is always such a madhouse, with Thursday being the most manageable day by far.

While there I got to see some of my writer pals, including No Small Bills and Too Small For Tall author Aaron Rosenberg, and Glenn Hauman — both with Crazy 8 Press — as well as Keith DeCandido and Star Trek author stud David Mack.

And, as always, I had my adventures with long-time partner-in-crime Rich Henn, who was out there slinging comics like a madman. We wound up having late-night burgers and beers — all was good in the end. Although the fries were wire-thin curly cue, so you had to eat them with a fork – or by the handful. Not prime French fry logistics, but that should only be my biggest problem.

During the show itself, I was out there doing the usual Finders Keepers promotion, and made a new fans, including: 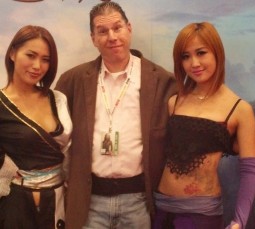 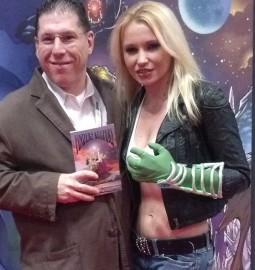 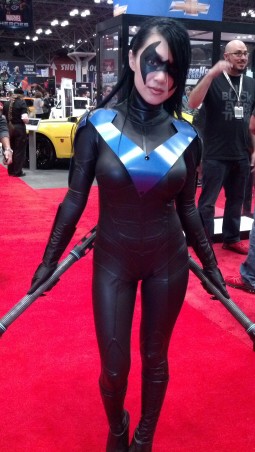 And, of course, this dude:

This will likely be my last show of 2012, but based on what’s in the hopper, it’s starting to look like 2013 will be quite a year indeed!

Filed under Books, Conventions, General, In the Writer's Chair, Rants
Tagged with

Sorry for the delay in reporting back, but after ICON I got hit with a wave of colds and allergies that kept me in no-man’s land for a while. But now that I’m back in action, here are the highlights:

While sales were not quite as brisk as last year, I still sold many copies of Finders Keepers. And the biggest reason I didn’t sell more: many of the attendees bought a copy last year! So I better get cracking on the next book.

And the top two questions I got all weekend:

•When does the sequel come out?
•When will see a Finders Keepers movie?

The answers are: I start writing the sequel once Crossline is done and … I have no idea. Of course I would LOVE to see Finders Keepers get the movie treatment, but Hollywood is a tricky business. Although I do have a few ideas up my sleeve, so all I can say is … stay tuned!

And speaking of movies, check out some new fans I made: 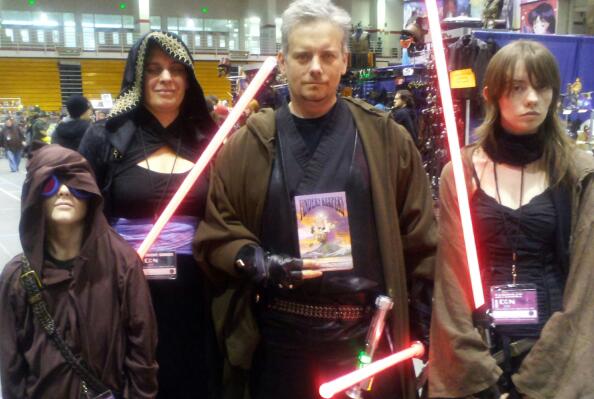 I also spent the weekend next to a vendor from Ohio who spent the entire three days complaining about how much he hated New York and how the Democrats are ruining America. Not to mention how they’re all making waaaaaaay too big a deal of how we’re ruining the environment. Cuz, like, in the real world we don’t really drink  contaminated water and breath polluted air and eat tainted food. It’s all just liberal propaganda.

Anyhoo … I’ll be back at ICON next year, where they are moving the convention from Stonybrook to Hofstra, so maybe by then the magic elves who secretly run the world will decide on the only real, important option that will unite us all: bring Finders Keepers to the big screen!

Filed under Books, Conventions, General, In the Writer's Chair, Photos, Rants
Tagged with