Ilana C. Myer has written for the Globe and Mail, the Los Angeles Review of Books, Salon, and the Huffington Post. Previously she was a freelance journalist in Jerusalem for the Jerusalem Post, the Jewish Daily Forward, Time Out Israel and other publications. She lives in New York City. She is also the author of the new fantasy novel, and her debut, Last Song Before Night, published by Tor Books. 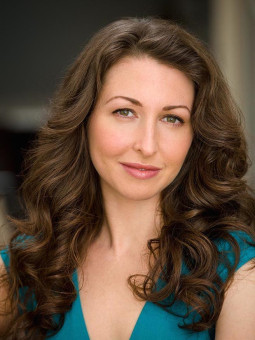 SciFi Rockin’ Roller Coaster: Hey Ilana! You strapped in? Let’s have some fun! Have you ever, or would you ever go sky diving? Details!

Ilana: My favorite food in the world is the hot chocolate at the Agelina’s café in Paris. While it’s most special if my spouse is present, I don’t care who is with me as long as I have a pitcher of that incredible hot chocolate with some whipped cream on the side!

Ilana: I’m looking forward to reading BARSK, by Lawrence Schoen, which comes out in December from Tor Books; ORLANDO by Virginia Woolf because I keep hearing about it and really, it’s about time; and a book-in-progress by David Mack that I have on queue to beta-read, that I know is going to blow me away.

Ilana: It’s really tough, just about impossible, to pick just one! But a standby is TIGANA by Guy Gavriel Kay. 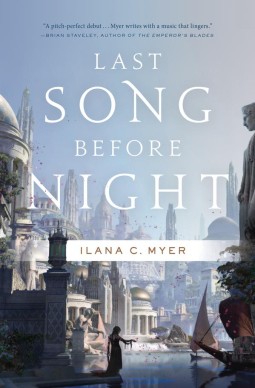 SFRRC: There’s been a resurgence over the last decade, bringing SciFi back to TV. What’s your favorite SciFi show that’s debuted in the past ten 10 years?

SFRRC: We love Rock n’ Roll here at SFFR. What’s your favorite kind of music? And if you could go on tour with any solo artist or band, for one year, all expenses paid from any time in history, who would that be?

Ilana: My musical tastes are all over the map, though mostly instrumental. If I could tour with any musician, it would be Loreena McKennitt.

Ilana: When I was younger I’d have answered differently, but now I’d say I would want the power to heal—myself and others. I have a new awareness as I advance into my 30s of how vulnerable our bodies are. 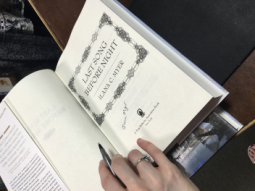 Ilana: Now why would I do that, when I can read and write and have the same experiences.

Ilana: She kept right on fighting.

SFRRC: OK. We’ve tortured you enough. You’re a writer. What are you working on now? Promote away!

Ilana: I’m currently working on the sequel to LAST SONG BEFORE NIGHT, which just came out from Tor Books on September 29th. It’s a fantasy novel set in a world where art and magic are intertwined, and the protagonists are poets.