Alex Shvartsman is the author of Explaining Cthulhu to Grandma and Other Stories and H. G. Wells, Secret Agent. 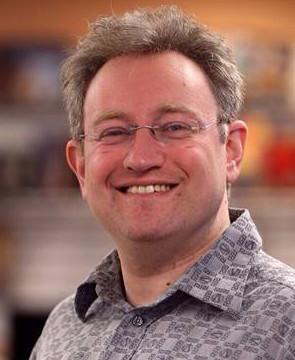 SciFi Rockin’ Roller Coaster: Hey ​Alex! You strapped in? Let’s have some fun! Have you ever, or would you ever go sky diving? Details!

No. Na-ah. Nope. Not happening. If you want me to exit the plane, it better be parked at a nice airport terminal somewhere. If you expect me to exit a moving plane at high altitude, you better be prepared to shove hard. And even then, there’s a decent chance I will overpower you and enjoy stale airline pretzels as I wait for the death machine to land.

​Alex Shvartsman: I’d love to share a meal with Teddy Roosevelt, Benjamin Disraeli and Mikhail Bulgakov. At that point I’m pretty sure I would not remember the food served, or the venue serving it. 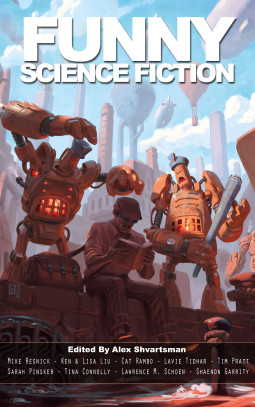 ​Alex: There’s a mountain of books in my To Be Read pile which resembles Everest in terms of both its height and how intimidating it is to approach. Somewhere near the top of this pile are Chuck Gannon’s Raising Caine (which I already started and need to finish), Tom Doyle’s The Left-Hand Way and Peter F. Hamilton’s The Abyss Beyond Dreams. Anyone got a few extra hours in the day they can spare, so I can read these sooner?

​Alex: This is not a fair question in that I have to pick just one. But if I must pick, I’ll go with Birthright: The Book of Man by Mike Resnick. I think it was the first collection of short stories that tied together into a novel (a la The Martian Chronicles or Tuff Voyaging) that I read and truly enjoyed, and it influenced my approach to writing and space opera in considerable ways.

​Alex: Star Wars for sure. I prefer unabashed fun adventure to (slightly) more serious and scientific SF any day. 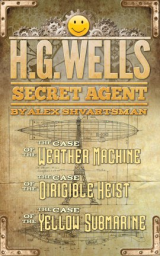 ​Alex: Morpheus from The Matrix, probably. I don’t watch very many movies, to be honest.

SFRRC: There’s been a resurgence over the last decade, bringing SciFi back to TV. Favorite SciFi show that’s debuted in the past ten 10 years?

​Alex: Is it cheating to say Game of Thrones, since it’s fantasy? Probably the most influential genre show in recent years, and definitely a ton of fun.

SFRRC: We love Rock n’ Roll here at SFFR. What’s your favorite kind of music? And if you could go on tour with any solo artist or band, for one year, all expenses paid, from any time in history, who would that be?

Alex: I’m partial to Queen, Billy Joel, The Beatles, and Chris de Burgh. If I had to tour with anyone though, given my own artistic tendencies, it’d probably be Weird Al Yankovic.

​Alex: If it’s only for one week, I suppose I’ll take super-intelligence. That way I can cure cancer, design an FTL drive, and solve the plot problem on page 47 that has been bothering me of late.

​Alex: Nope. Are you kidding me? I’ve got plenty of stories to tell as-is!

​Alex I write for fun and don’t truly consider it to be a career. I want to entertain my readers and instill a sense of wonders, especially for those younger readers who might pick up my books. More than any kind of award, I would love to hear someone say that they got into writing because they read my books as a kid one day.

​SFRRC: OK. We’ve tortured you enough. You’re a writer. What are you working on​ now? Promote away! 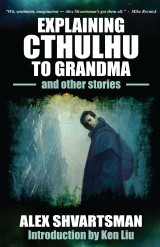 Alex: I have two fresh anthologies: one just came out (Funny Science Fiction, you can buy it now, cheaper than a fancy coffee at Starbucks!) and the other is coming out in October: Unidentified Funny Objects 4, headlined by George R. R. Martin and Neil Gaiman among many other fabulous authors.

As to my own work, I’m about half way through writing my grimdark fantasy novel “Eridani’s Crown.” My latest funny short story is in the current (September) issue of Galaxy’s Edge magazine. It’s called “Dreidel of Dread: The Very Cthulhu Channukah.” You know you want to read that. Finally, if you like that sample story you can pick up my collection, Explaining Cthulhu to Grandma and Other Stories. (I promise, some of those other stories are not about Cthulhu.)