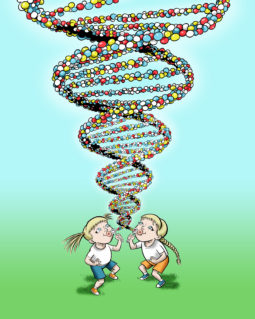 The Characters: Hope and Tess Barnes were really fun to write, because, as children, their logic in no way has to — or reasonably would — conform to what the other characters in the story would expect from them. They’re toddlers! More so, they are the children of Theo Barnes, the last person in this series of books who would have thought himself parenting material. Theo is a loner, who likes to be unencumbered, so he can explore the world, picking up and leaving whenever it suited him. I couldn’t think of a bigger contradiction than to have Theo be a father. Kinda tough to just pick up and leave when you have little ones to care for.

And yet, the twins also are still the children of Theo Barnes, and thus have his adventurous, independent spirit. As adults, that might serve them well, but as children, well … I can’t think of too many parents who actively wish their kids to be quite as adventurous as these two, considering, you know, that they can teleport!

Which brings me to the larger story. Hope and Tess Barnes are infused to some degree with the DNA of the Universe itself. As such, their role in this tale of cosmic lunacy is far more than just comic relief. They only pop in now and again, but they are critical to the outcome of the series. They also form a bond with Brigsby, who, as we learn, is never entirely truthful about what he’s really up to.

The Illustration: Given that Hope and Tess are only four years old, one of their favorite games is to blow bubbles. Fair enough. They’re kids. Of course, when they blow bubbles, they’re not regular bubbles, but bubbles that help them enact—and camouflage—their galactic shenanigans. My idea for this illustration was to have them blow their bubbles, and have them all sync into a huge DNA helix … the DNA of the Universe.

And Kudos to Rich Koslowski, who, as the trooper that he is, hand penciled each and every bubble!