One day after school, I was only in pre-K at the time, and I was on my way home on the bus. The day was slightly overcast, but I didn’t care. I only had one thing on my mind: get back in time to watch my favorite show.

Do you remember the theme song?

It was the cheesy POW! OOF! Adam West Batman, and I freakin’ loved it. 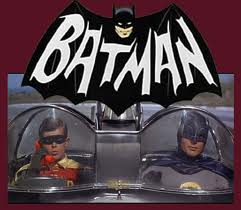 But in one of those rare scheduling snafus, when the bus driver was set to drop me off at the stop, my mom wasn’t there.

We waited a minute, but then had to move on. More stops to make.

I didn’t say much, I just sat there on the bus, four years old, not sure what to do. Since this was 1975, in a world before cell phones, the driver took me with him to his other stops, and each time those doors opened and closed—farther from home—I had two thoughts: where’s Mommy and … I’M MISSING BATMAN!!!!!!!!

Of course, as an adult, the new incarnations of Batman are far more sophisticated than the original show. Michael Keaton’s first Batman movie put the Caped Crusader back on the map. The sequel, Batman Returns, was lousy. And despite its flaws, I enjoyed the Val Kilmer-led Batman Forever, and then the movie franchise just collapsed with the final (and awful) Batman & Robin, with George Clooney and Arnold Schwarzenegger.

Then the animated Batman returned with a darker, more serious edge, and my hero was back again.

And now we’ve got Batman Begins and epic The Dark Knight from the team of Christian Bale and Christopher Nolan, and Batman is cooler than it’s been, maybe ever. Not to mention The Dark Knight Rises is still on its way.

And yet … as my mother often reminds me, when I was that young boy, no matter where I was or what I was doing, as soon I heard that theme song, I would stop whatever I was doing … and freeze.

My eyes would just light up as I heard: 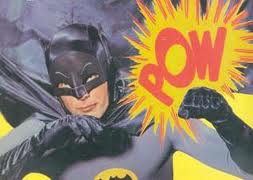 With a Pavlovian response, to this day, I’m no different.

Funny how some things never change. In this case, I’m totally OK with it.

And by the way, on that day back in 1975, the bus driver circled back to my stop, my mom was waiting for me, and I was able to catch the second half of Batman, with action in the Bat Cave, which, of course, was better than not seeing it all.