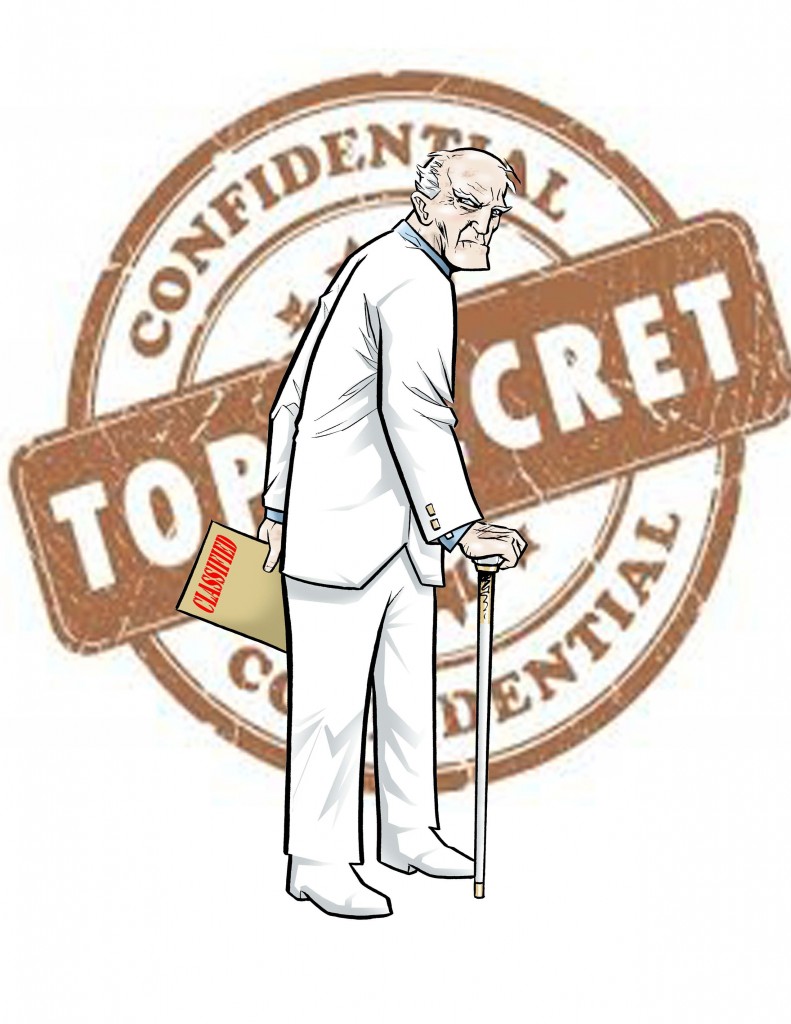 Big Risk: Invested more than $450 billion in a private space program, including the development of experimental warp thrusters. The  technology will either revolutionize space travel … or bankrupt the company.
Path to Glory: A destitute, illiterate gas attendant as a younger man, Harlan Rheams Jr stumbled upon oil wells in the Texas desert, and from there built a socially progressive, economically dominant empire, with the assistance of his best friend and partner, Arthur ‘Doc’ Anson.
The Man Behind the Legend: Buddy’s rise to fame came quickly, but not easily. Forced to make many difficult, morally ambiguous choices, Buddy became increasingly distant and unknowable as his power and influence grew.
Fun Fact: Despite his advanced age, Buddy Rheams was both a speed-texter and rumored to have sired an illegitimate love child.

The Character: I introduced Buddy Rheams Jr, aka The Old Man, as a clichéd, empty suit, the unknowable, soulless corporate executive in the ivory tower. This was intentional. Early on in Crossline, he gives an order that puts our hero Marcus Powell in dire straights.

But there is so much more behind Buddy Rheams Jr. We get to learn his history, struggle, ambition, and motivations, and by the end of Crossline come away with a vastly different impression of him compared with when we first make his acquaintance. Whether or not you think he’s a good man or bad, well … I’ll leave that up to you.

The Illustration: Rich did a great job with all of the character illustrations, but I think this one is my favorite. Buddy is 90, and walks with a cane, but I wanted him to still have some physical gravitas. It was also important that he be holding a confidential file, as it has several meanings within the novel. But Rich took the concept to an even greater level.

The illustration has that great mysterious spy novel feel, and dressing him in a white suit was an inspired choice by Rich. Buddy also looks a lot like the elder Bruce Wayne from the Batman Beyond animated series, which to me really nails the character. He’s gruff and tired and been around the block many, many times. But he still has fire in his belly.