‘On the 5’ — Movies I Thought Would Stink, But Won Me Over

Filed under General, In the Writer's Chair 0

1. Galaxy Quest: Star Trek is an easy target for spoofing. But that doesn’t make 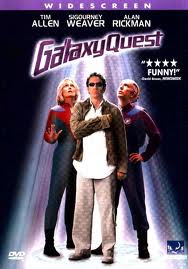 it easy to do. Galaxy Quest is not only a fun adventure unto itself, but it deftly parodies the Star Trek franchise while respecting its audience, and is packed with spot-on performances across the board. Galaxy Quest could have been laughable. Instead, it stands up on multiple levels as quality — and fun — entertainment.

2. Cryus: A grown man with an unhealthy attachment to his mommy gets in the way  of a solid relationshp with her new boyfriend. Hardly a novel idea. And yet this indie really works, thanks to nuanced performances from John C. Reilly, Marissa 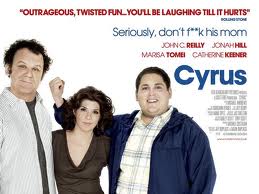 Tomei, and, perhaps most surprising, Jonah Hill, who is proving to be a lot more than at first meets the eye. Cyrus is indeed a bit odd and just a little creepy. But give it a shot. It works.

3. Con Air: Sure it’s big and loud and ridiculous on every level. But it’s also fun as 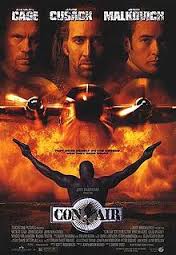 hell. Action-packed, well-paced, with over-the-top stunts that blows sh*t up real good. Plus a killer cast including Steve Buscemi, Nicholas Cage, Ving Rhames, John Cusak, and others. Con Air never pretends to be anything it isn’t. It’s just top notch at being what it is.

4. The Matrix: When The Matrix first came out, I thought: Keanu Reeves as the star of a futuristic, sci-fi action movie? Uh … no thanks … dude. And for two years, even when friends of mine told me how good it was, I resisted. And then, finally, I broke down, and rented it. Yep. It’s a great movie. It’s a slightly derivative reluctant hero in the vein of other scifi/comic book stories such as Miracleman and Mage, and I’m sure others, but the surfer/slacker/burn-out star brought the mojo.

5. Sideways: The cast, writers and director are all quite good, so why did this movie surprise me? Because it’s about two middle-aged layabout who are selfish, lazy, and, ultimately, not loyal, reliable, or honest. But the movie works because there’s a human quality underneath, about struggling to find your way through a life that doesn’t quite live up to expectations.

Bonus Movie: Ghost: Let’s see. A sappy love story about a dead fiance who comes back to rescue his girl from his killer? This is so NOT for me. And if I had to sit through one more commercial of Patrick Swayze and Demi Moore rubbing each others’ hands while making pottery, I was going to smash my TV! Ahh! And yet … Ghost is a subversively entertaining popcorn movie that had me hooked. I’m not saying I’m proud of it, but I did like it.