Russ’ Review: Rise of the Planet of the Apes 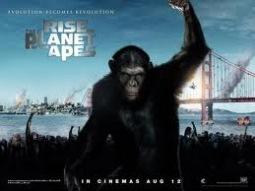 Based on the trailers alone, I was not at all excited to see the Rise of the Planet of the Apes. Man, I love being wrong! We have a winner!

What Works: Disregard the trailers. This is not a full blown apes vs. man action movie. This is a mostly character-driven story that centers around Caesar, the Ape that ultimately went from rescued orphan to leader of the Apes. There is a strong emotional center, with a two-pronged approach. Caesar and his maturity/development into “adult,” as he is first raised by, and then rebels against, his scientist/adopted father, played capably by James Franco.

The second is his realization that he — and his fellow apes — have been forced into being “pets,” rather than a “free” tribe allowed to follow their own destiny. I will not give any spoilers here, but Andy Serkis, who provides the motion capture performance for Caesar, gives the character — and the movie — its true heart.

‘Rise’ also takes its time to develop. For us to believe — or suspend disbelief — that these Apes could ultimately secure their freedom with human-level intelligence (and perhaps even greater than that), we need to follow the journey, which has more setbacks than success. We get that. There are a few gaps in logic here, but it is a journey that’s well worth the ride.

What Doesn’t Work: As good as the motion capture was at times, the Apes looked a bit too computer generated at others, which was a slight distraction. Also, the secondary characters, for the most part, were just caricatures, rather than full blown individuals. The “evil tormentors” and corporate baddie were too generic, and some very good actors were mostly wasted.

If I had any frustration with ‘Rise,” is that as much as I enjoyed it, this could have been a classic, and it doesn’t quite get there. With a little more time on the script to flesh out the additional story threads, this version could have risen to the level of greatness.

Final Thoughts: One of the better popcorn sci-fi action movies I’ve seen in quite a while, ‘Rise’ re-instates the ‘Apes’ franchise with a winning formula, with a central figure you can really care about. And while it didn’t reach its full potential, missing out on some opportunities for greatness, I’ll gladly come back for more. 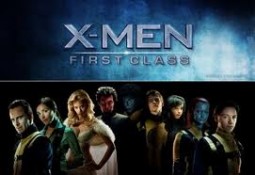 X-Men: First Class is another thumbs up chapter in the comic-book movie franchise. The first 30 minutes are rousing, and after two plus hours we get the chance to discover how two incredibly powerful minds end up on very different ends of the same spectrum.
What Worked: ‘Class’ is a pure origin story where we follow a young Charles Xavier and Erik Lehnsherr into their evolution to Professor X and Magneto, respectively. The challenge was two-fold: first, take enough time to demonstrate how young men with super-human abilities develop not just their powers, but a code that will define how they view their place in the world–and do so such that we are invested in their evolution. Given the decades of stories we already know about them, this was no small task. And the movie delivers. Big time. Second, was finding two actors who could match the gravitas of Patrick Stewart and Ian McKellan. Once again, James McAvoy and Michael Fassbender, respectively, rise to the occassion. This movie would have failed had they not been as terrific as they were.
What Didn’t: ‘Class’ was a bit long, dragging in places. And the secondary and tertiary characters fell pretty flat. They didn’t necessarily have to shine, but I found them to be almost too silly for the larger story going on around them. I would have liked to have seen a bit more mojo there. In addition, Kevin Bacon’s villain starts out strong, but is surprisingly absent for most of the third act, which I found a bit disappointing, given his role in the larger story.
Final Thoughts: While not quite as entertaining start to finish as the first two X-Men movies, ‘Class’ more than holds its own, and delivered an origin story that could have easily been a waste of everyone’s time. A worthy effort.
My Score: 7 out of 10 Stars
Filed under General, Movies, Rants, Reviews
Tagged with
Page 5 of 5«12345